The 3rd anniversary of the election result which crowned Narendra Modi as Indian Prime Minister was this week (16th May). He was given a huge mandate and promised sweeping reforms for the world’s biggest democracy. How has it gone? And what about the future.

Narendra Modi and his BJP won a landslide election in May 2014. The voters drew a line under the past. It appeared that the young in particular were ready for change – half the country’s 814 million voters were under age 35.

A quick glance at the performance of the Jupiter India fund, one of our two Trades For The Decade mentioned in our regular TopFunds Guide, suggests it has all gone rather well. Since May 2014 the fund is up 135%, nearly 7 times greater than the paltry 20% from the UK’s FTSE 100 index. (See chart at end).

In March 2017 there was another crushing electoral victory in the country’s most populous State, Uttar Pradesh, which will give the government the confidence it needs for a raft of new reforms – labour, agricultural and banking. Progress has undoubtedly already been made, but one reform stood out, the biggest and most successful technology project the world has witnessed.

As Stewart Richardson at RMG tells it:

“The story begins in 2009 when the Government embarked on a project that would bring everyone into the mainstream economy. For the most part, India is an agrarian economy in which hundreds of millions of people are simply not able to prove their identity and therefore were not able to open a bank account, get a driving licence, a loan or insurance. They were basically operating outside of the official economy which means that they could not get a better paid job, pay taxes and generally benefit from and contribute to society.

This project was a technological solution to the problem, creating a biometric database based on a 12-digit digital identity, authenticated by finger prints and retina scans. Project Aadhaar became the largest and most successful IT project ever undertaken in the world and, as of 2016, 1.1 billion people (95% of the population) now has a digital proof of identity.

Within three years more than 270 million bank accounts have been opened and US$10 billion in deposits flooded in. The Government also made it possible for those registered under project Aadhaar to open mobile phone accounts, and since this time, mobile phone penetration has jumped from 40% to 79%.

Basically, within a few short years, India has built a technology platform that has brought nearly their entire population into the mainstream, allowed them to open a bank account and get a mobile phone and soon make payments just using finger prints. That is the biggest change to any financial system in history.”

The final stroke of genius was the cash ban… It simply forces everyone into the new digital economy and has the hugely beneficial side-effect of reducing everyday corruption, recapitalising the banking sector and increasing government tax take, thus allowing India to rebuild its crumbling infrastructure” said Stewart.

There is much more to write on both successes and remaining huge challenges. If time allows we will return to this next week. For now, you get the picture. 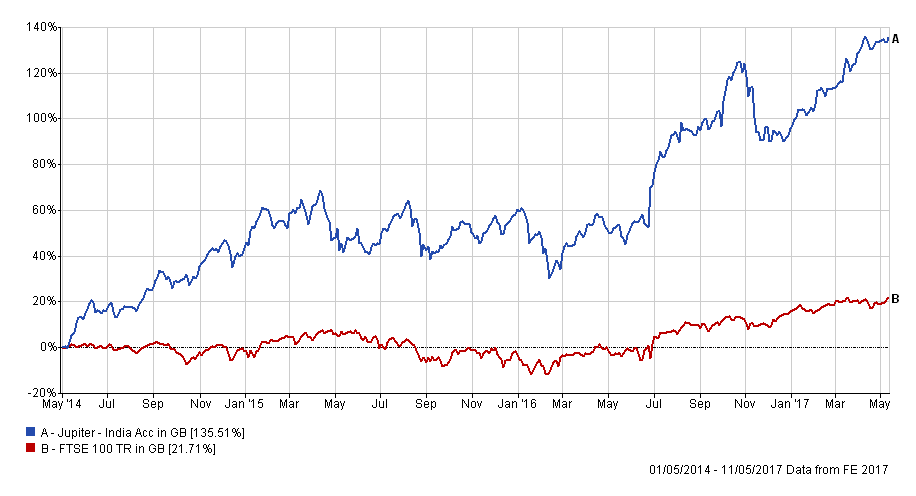